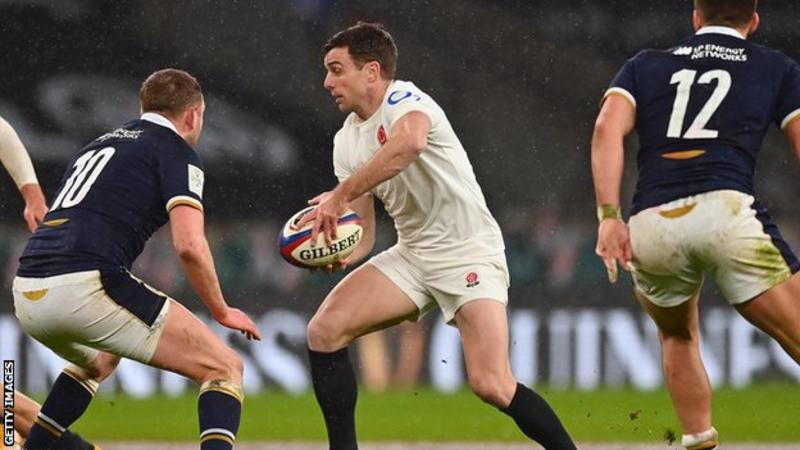 Captain Owen Farrell switches to inside centre to make way for Ford, with Ollie Lawrence dropped from the matchday 23.

There is also a start for Luke Cowan-Dickie at hooker on Saturday (14:15 GMT), with Jamie George on the bench.

"As always, we've picked what we think is our strongest 23 to try to win the game," said head coach Eddie Jones.

Lawrence endured a frustrating match as England were humbled by Scotland last weekend, only touching the ball once before being replaced.

And Jones has now resorted to the tried-and-tested combination of Ford and Farrell, with Henry Slade making up a skilful but lighter midfield.

The rest of the backline is unchanged, with scrum-half Ben Youngs and the back three of Jonny May, Anthony Watson and Elliot Daly all retaining their places.

In the forwards, it is an all-new front row with Vunipola back from injury and Sinckler from suspension, as well as Cowan-Dickie replacing George.

Maro Itoje and Jonny Hill continue their partnership in the second row and while Tom Curry and Billy Vunipola retain their places in the back row, Mark Wilson is replaced by Lawes at blind-side flanker.

Jones, whose side were favourites to win the Six Nations before last weekend's defeat, has opted for six forwards on the bench, with Charlie Ewels and Jack Willis poised for their first appearances of this year's tournament.